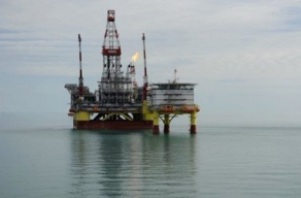 The Kazakhstan government and environmentalists Tuesday sounded the alarm over the declining numbers of endangered Caspian seals after 35 animals were found dead over the weekend.

“During the inspection on March 25th 35 dead seals were found on the sea shore” near Bautino, a port town in the southwest, the agriculture ministry said in a statement.

“The Caspian seal population has been falling lately,” the statement said. “The reasons for the population drop are anthropogenic factors and changes in the environmental conditions of the seals’ habitat in the Caspian Sea.”

The dead mammals were all young, and officials are now looking to determine the cause of death, the agriculture ministry said.

The Caspian Sea, a body of water surrounded by Iran, Azerbaijan, Russia, Kazakhstan, and Turkmenistan, is the only place in the world where the Caspian seals are found.

The Caspian seal is an endangered species, whose population has declined by more than 90 percent since the 1930s, according to the International Union for Conservation of Nature.

Because the Caspian Sea is a closed ecosystem which the seals cannot leave, the population — which declined from one million to about 110,000 now — is especially vulnerable to habitat destruction.

In winter, the animals migrate north to the ice sheets to give birth to their young, and are threatened by poaching, killing by fishermen, and onshore and off-shore development, the IUCN says.

“There has been a sharp downward trend in the population size,” Alexei Knizhnikov of WWF Russian office told AFP. “This happens every spring season, when the weakest animals die. Dozens and even hundreds have died annually over the past decade.”

The species is threatened by various human activities, including drilling in the North Caspian Sea, specifically in the Kashagan oil field, he said.

“The development includes building artificial islands right in the area where the species give birth,” he said.