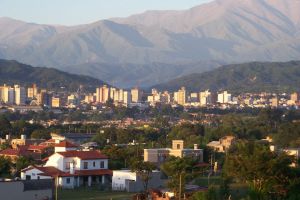 A strong earthquake with a preliminary magnitude of 5.9 has struck the provinces of Jujuy and Salta in northwest Argentina, near the city of San Salvador de Jujuy, seismologists say.

The earthquake struck at 3:52 p.m. local time and was centered about 9 kilometers west of Yuto, or 91 kilometers northeast of San Salvador de Jujuy. It struck about 10 kilometers deep, making it a shallow earthquake, according to seismologists.

Residents in the region reported feeling the earthquake, but there was no immediate word on damage or casualties.

Computer models from the U.S. Geological Survey (USGS) estimated that as many as 2.1 million people may have felt the earthquake, including some 29,000 people who may have perceived strong shaking. Those in Yuto and Caimancito are likely to have felt the worst shaking.

Other details about Sunday’s earthquake were not immediately available.