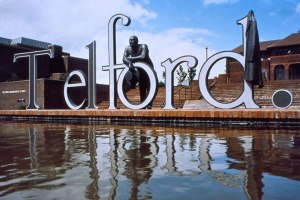 Five cases of Legionnaires’ disease have been discovered in Shropshire, health officials have revealed. Four of the cases were in the Telford area.

The earliest case was confirmed in Telford in June, with the other four cases confirmed between August 19 and September 2. Of the five confirmed cases, three victims remain in hospital and are recovering and the other two patients have been discharged from hospital.

Cam Morgan, speaking on behalf of Public Health England, said: “We can’t say where the victims caught the disease at the moment because we haven’t been able to isolate the source, although we are working hard with HSE and environmental officers to do that.

“If the HSE finds the source and it was a commercial premises the HSE would decide how that information was released. For now we can only say that four cases were found in Telford and one in Shropshire.

“In our investigations, the first task is to look at the victims, where they work, where they travel, what they do and see if we can find any links, anywhere where their paths cross. At the moment we can find no link between the cases.”

Public Health England in the West Midlands is working with Telford & Wrekin Council, Shropshire Council, the local NHS and the Health & Safety Executive following the diagnosis of the five cases.

According to Dr Musarrat Afza, Public Health England consultant with the West Midlands Health Protection Team, this is an increase on the number of cases usually found.

He said: “Normally we would see only one to two cases a year in each of the Telford & Wrekin and Shropshire areas, so this is a notable increase for the area as a whole.

“We are working with partner agencies to see if there are any common links between cases and to minimise any risk of other people becoming infected. But so far no shared exposures have been identified.”

“Isolated cases of the disease are reported on a regular basis and investigated as a matter of routine.”

Jill Inglis, from the Health and Safety Executive, said: “Inspections of premises to try and determine the source of the disease are ongoing.

“Our procedure is as much about ruling places as finding the source of the disease – we don’t give details of where we inspect because this is unfair on companies that might be totally clean.”