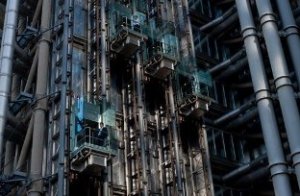 Lloyd’s of London insurance market on Wednesday posted its second-largest annual loss owing to record claims for catastrophes including Japan’s earthquake disaster and floods in Thailand.

“Lloyd’s incurred total net claims of £12.9 billion during 2011, including £4.6 billion of catastrophe claims, making it the largest catastrophe claims year on record for the 324-year-old insurance market,” the group said.

“This follows a series of major catastrophes including flooding in Australia in January, the second earthquake in New Zealand in February, the Japanese earthquake and tsunami in March and the floods in Thailand beginning in July.”

“Make no mistake, 2011 was a difficult year for the insurance industry,” Lloyd’s chief executive Richard Ward said in the earnings release.

“Given the scale of the claims, a loss is unsurprising but it reflects what we’re here to do — help communities and businesses rebuild after disaster.

“It is also reassuring that, despite this loss, our financial strength has been maintained.”

Lloyd’s worst pre-tax loss was £3.1 billion in 2001 following the September 11 attacks on New York and Washington that year.

Its chairman John Nelson meanwhile said on Wednesday that 2012 would be “challenging” for the insurance sector due to the weak state of the global economy.

“The Lloyd’s market has emerged from its largest catastrophe year ever in a strong position,” Nelson said in the statement.

“Our strong capital position is unchanged and we were able to make a profit in the second half of the year despite the floods in Thailand and continuing low investment returns.

“2012 remains challenging for insurers with tough economic conditions globally. It is vital that the market continues to take a disciplined approach to underwriting.”

The insurance sector took a hit from Lloyd’s gloomy results.

London’s benchmark FTSE 100 index, on which both companies are listed, was down 0.39 percent at 5,846.54 points. Lloyd’s is not a publicly traded company.