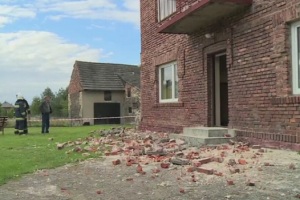 An earthquake in southern Poland caused damage to a number of buildings in the region on Wednesday.

Authorities responded to calls from residents in the towns of Chrzanów, Libi?? and ?arki, who reported damage to their homes.
A senior member of the firefighters in the Ma?opolskie region – where the earthquake happened – told the IAR news service that they received 13 calls so far. There were no reports of injuries. Currently, firefighters are investigating the extent of damage to buildings.

In the village ?arki, two families were evacuated from their homes because of serious defects in the construction of their home.