Over the centuries there have been many earthquakes in the Middle East.

Earthquakes are confined to the earth’s crust. Most occur within 40 miles of the surface though a few extend ten times deeper. Stress accumulates gradually as the continental plates move and mountains shift and this is relieved periodically through gradual creep or sudden jolts.

Israel lies immediately adjacent to the African Rift Zone, the deepest known break in the earth’s crust. Along this zone are a number of active volcanoes including Mt. Kenya and Mt. Kilmanjaro. The rift travels right up through Israel to the Jordan Valley and the Dead Sea is a product of the rift’s activity.

Previous known earthquakes have produced a total displacement of the Arabian and African Plates of the order of only 3 to 4 meters. Based on plate movements observed elsewhere around the world, 2000 years of history should have produced a displacement of about 14 meters. The large amount of unrelieved stress (-10 meters) along the African Rift Zone today also implies a major earthquake is long overdue in the in Israel.

The Dome on the Rock will be a casualty of this Earthquake.

Revelation Chapter 11 V 12 – 13 says:
Then they heard a loud voice from heaven saying to them, “Come up here.” And they went up to heaven in a cloud, while their enemies looked on. At that very hour there was a severe earthquake and a tenth of the city collapsed. Seven thousand people were killed in the earthquake, and the survivors were terrified and gave glory to the God of heaven. (NIV)

All who have asked God’s forgiveness and asked Jesus into their live are saved from what comes next.

This is how the world will look at that time.

Anything hosted in America e.g. social networking sites will no longer exist.

Food will be scarce in all remaining countries and very expensive.

Africa will be almost uninhabitable.

Australia will be similar to Africa but will become a country of lawlessness.

China devastated by coastal flooding will have its’ industries wiped out and the people will become a nation of wandering nomads in the higher grounds.

Russia will be devastated by floods and fires.

In the UK London will be flooded and the south coast devastated.

The countries that remain will be Europe, Russia and the Muslim countries to the east.

All the major businesses will be gone due to a lack of manufacturing and supplies.

All the big chain stores will be gone for lack of supplies.

Globalisation will have become Localisation.

The car, oil and gas industries along with the transport infrastructure will have collapsed.

Currencies will have collapsed during these first events but European financial experts will manage to re-float the Euro using land as the asset.

The man responsible for re-floating The Euro will also become the new leader of The European State and will credit rate countries and individuals. To restore calm he will also claim to be Jesus returned.

He will rebuild the Dome on the Rock but devote it to himself which will infuriate the Muslim countries to the east.

Rationing and Martial Law will be in force in all European countries. 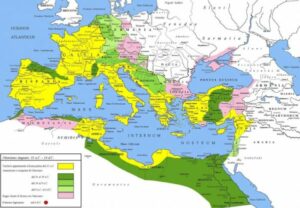