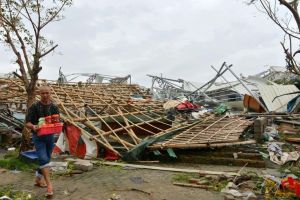 BEIJING (AP) — At least eight people have been reported dead after a powerful typhoon lashed much of southeastern China and Taiwan.

China’s Ministry of Civil Affairs on Friday updated the number of deaths to seven as a result of Typhoon Meranti, which struck Fujian province early Thursday. Nine people in China are still missing.

Taiwanese authorities reported that one person died in the storm.

But even as the cleanup is underway there, another typhoon, Malakas, is expected to hit Taiwan late Friday and Saturday.