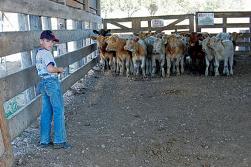 Massive droughts caused by wildfires in Texas have ravaged the environment, incited a tug of war for available water, and fundamentally changed the way of life for the state’s millions of residents.

The onset of a Dust Bowl-like drought has forced 25 million Texans to go beyond questioning whether to turn on the sprinklers.

As massive wildfires sully the air over Houston and Austin, and as ranchers sell off cattle to prevent mass starvation of their herds, the unfolding environmental crisis in Texas is changing everyday patterns of life – and even causing some to reconsider the Lone Star State’s famous low-tax, react-as-you-go political philosophy.

Pitted hardest against each other are cities and agricultural interests, the ranchers and farmers who use 60 percent of the water and whose water rights help them to maintain their slipping grip on the land and political power.

As the drought has deepened over the summer, so has unease among Texans about what’s being done, or not being done, to cope with it.

“We’re scared to death,” says Kerry Williams, city secretary for Llano (pop. 3,000), where charcoal barbecuing – the essence of Texas cuisine – is outlawed because of fire risk. “No one has any clue what anybody is going to do,” she says, not only about water used for recreation but also for drinking.

The anxiety is as intrusive as drifting wildfire haze. Prayers for rain have not been answered – at least not yet. At the same time, Republican Gov. Rick Perry, a presidential aspirant, is holding up his state as a model for American growth and rugged self-determination, even as many residents hope for an infusion of federal aid.

“Texans, if you look back through history, have always been able to deal with calamity, and that’s still true,” says Richard Verrone, a historian at Texas Tech in Lubbock. “But unless you see it firsthand, it’s hard to imagine the complete losses that are taking away livelihoods and hurting families not just now, but potentially for a couple of generations.”

The drought has been, in a word, hellish. Millions of trees are dying, does are abandoning fawns to save themselves, cotton yields have been halved, and Texas cattle herds are at an all-time low. Its effects may yet be felt far from Texas: The price of socks is likely to rise because of low cotton yields, and beef prices in two years may overreach the average family’s budget, economists say.

A Pacific-based La Niña system that placed a dome of high pressure over Texas has meant a string of 100-degree days and little to no rain – the parched land further buffeted by unusually high winds. Houston has received only 10 inches of rain this year compared with its usual 54 inches, on track to beat the annual rainwater low of 17 inches set in 1917.

True, World War II-style water rationing has brought residents closer in places like Llano, unified in desperation over the trickle of the Llano River. But more often the drought, which many forecasters say will last at least into next year, is sparking conflict between communities and constituencies.