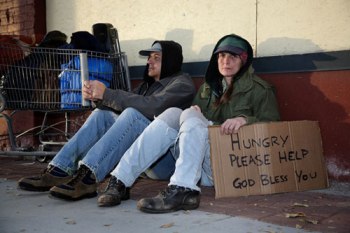 Canada: Calgary homeless shelters are being told to be on the lookout for anyone with symptoms of flesh-eating super-bug disease after two cases surfaced.

Over the past two weeks, four homeless people have arrived in emergency rooms with Group A streptococcus infections. Two of those cases developed into necrotizing fasciitis – more commonly known as flesh-eating disease. The patients range in age from 18 to 55.

They weren’t associated with any one shelter, so that’s why all shelters are being asked to tell their clients to seek immediate medical attention if they’re suffering fever, muscle aches, vomiting or severe pain in any one area.

The communicable disease unit of Alberta Health Services has prepared bulletins for homeless shelters to post, which includes information on preventative measures like hand washing and not sharing items that have been in other people’s mouths.

Group A streptococcus is easily transmitted from person to person.

Flesh-eating disease is a rare bacterial infection that can destroy muscles, skin and tissue and is spread only through direct contact.

The Public Health Agency of Canada estimates there are between 90 and 200 cases of necrotizing fasciitis per year in Canada, with as many as 30 per cent of those cases resulting in death.