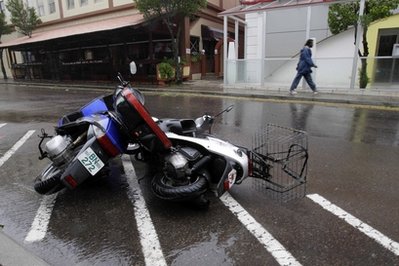 HAMILTON (Reuters) – Hurricane Igor barreled north on Monday on a path expected to take it near Newfoundland and energy interests off eastern Canada, after battering Bermuda with heavy winds, waves and rain that caused damage but no casualties.

The Canadian Hurricane Center issued tropical storm warnings for the coast of Newfoundland, a region that is home to Canada’s three major offshore oil projects.

North Atlantic Refining, operator of a 115,000 barrel-per-day oil refinery in Come-by-Chance, Newfoundland, said it was keeping a close eye on Igor.

Exxon Mobil Corp said it did not expect its Hibernia platform in offshore Newfoundland, which was designed to withstand extreme weather, to be affected by Igor.

The U.S. National Hurricane Center said the core of the large Category 1 hurricane, packing maximum sustained winds near 75 miles per hour, was about 725 miles southwest of Cape Race, Newfoundland, at 5 p.m. EDT.

The hurricane was moving northeast at 28 miles per hour. It was expected to stay on that track, away from the U.S. coast, through late Tuesday.

Official damage assessments were being carried out in Bermuda but the island chain, a popular tourist resort and global insurance hub, appeared to have suffered far less damage from Igor than it did from Hurricane Fabian in 2003.

“There’s no injuries, no major damage,” Burch told the Royal Gazette newspaper. “There was some minor criminal activity in the country, breaking and entering. You expect it to happen but I’m surprised that anyone in their right mind would be out in that weather.”

East of Igor, Tropical Storm Julia was breaking up on Monday and posed no threat to land.

The hurricane center said there was a high chance of a new tropical cyclone developing west of the Cape Verde Islands in the eastern Atlantic, as the 2010 Atlantic hurricane season continued this year’s active pace.

In Mexico over the weekend, the remnants of Hurricane Karl dissipated over the mountains of south central Mexico, after killing at least 12 people, emergency workers said.

Karl apparently spared Mexican oil operations from major damage after sweeping through the Bay of Campeche, where Mexico produces more than two-thirds of its 2.55 million barrels per day of crude output.