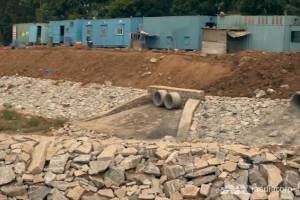 INDIA: It was once known as the city of a thousand lakes. But it is now the city of burning lakes.

Bengaluru, or Bangalore – India’s Silicon Valley, home to some of the world’s biggest software companies – is where lakes can catch fire because of untreated sewage and industrial effluents.

Nearly 90 per cent of its lakes are dangerously polluted. And the biggest lake has become the city’s “largest septic tank”, a court-appointed committee concluded in June.

This high-tech city, which has grown to more than 12 million inhabitants from three million in the 1980s, faces a Day Zero crisis – when its taps are shut off – in the not too distant future. It may even become uninhabitable.

“Bangalore is now exploding because people think it’s got a nice climate, there are a lot of opportunities and so on,” said Mr Ravi Narayanan, the chair of the Asia-Pacific Water Forum and the chairman of the Water Integrity Network.

“But people have to realise that everything depends on the resource base, and water is the most important resource base. If you destroy that, that’s the end of your city.”

Bengaluru is not alone in this predicament. India, a land of rivers and the world’s largest user of groundwater, is now staring at a crisis.

An increasing population and rapid development are fast depleting the water resources it was blessed with: Rivers are dying, cities are overwhelmed by sewage, surface water has become toxic and underground aquifers are running close to non-usable levels.

As many as 21 cities, including the capital Delhi, may run out of groundwater in the coming years, according to a study by government think-tank National Institution for Transforming India (Niti Aayog).

With the demand for clean water rising, can India avert such a disaster?

Lee Kuan Yew School of Public Policy visiting professor Asit Biswas told Insight: “I can guarantee you with a 99.99 per cent probability, at least five to six important cities in India will face Zero Water Day because of continued mismanagement.

“Second, one or two cities will have nearly a pandemic because of poor water quality.”