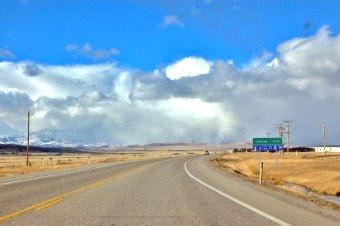 EDMONTON – At a time when pools are typically being emptied and furnaces fired up for the fall, Prairie folks are swimming and running their air conditioners.

People are desperately seeking shade as they watch the leaves drifting from the trees. Parts of the region are baking in the warmest September ever, with heat records falling in Alberta and Saskatchewan daily.

“This is the time of year when you should be worrying about the killing frost or the first dusting of snow, instead of temperatures that are the warmest of the year,” he said. “I mean, you’ve never had temperatures this warm so late in the year.”

In Edmonton on Wednesday – the first full day of autumn – temperatures were forecast to hit 33 C.

And it’s not just a one-day phenomenon.

So far, September 2009 has been the hottest one on record. Prior to Wednesday, the temperature had cracked the 30-C mark seven times this year in Edmonton, Phillips said. Three of those days have come in September.

“No matter which way you cut it, it is quite spectacular,” Phillips said. “This is your summer.”

It was supposed to be even hotter in Calgary, where the mercury was forecast to rise to 34 C.

At Oasis Pools and Spas, at least half a dozen people had called to postpone their pool closures.

“A lot of them who get them closed now are waiting a few weeks,” said Myrtle Pyne.

In Regina, where temperatures were forecast to hit 31 C, golfers were scrambling to book tee times.

“We’re still seeing people coming through the doors almost as if it was weekend golf during the week,” said Craig Laursen, head instructor and director of golf at Aspen Links.

“We saw a fair bit of golf played in May and June, but September has just been out of this world.”

It’s not all good.

Jim Hole, of Hole’s Greenhouses in St. Albert, north of Edmonton, said gardeners are worried about moisture levels in their yards.

“It’s kind of a mixed blessing,” Hole said. “We all enjoy the sunny, warm weather but we also know that plants need water and this year we’ve had very little of it.”

Phillips said there’s no way to easily explain why it’s so warm so late in the year.

“Don’t go to El Nino or El Nina or anything Spanish … or climate change. This is just weather out your window.”

Prairies folks should enjoy it while it lasts, he said.

Temperatures are expected to cool to the mid-teens through the weekend.

There’s a good chance Edmonton will see some frost on Monday.

-With files from Jennifer Graham in Regina