Methane under permafrost could speed up global warming 20-fold 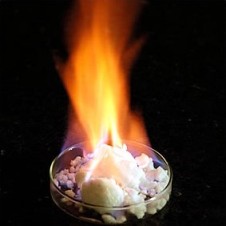 An MIT paper concludes that methane deposits trapped under ocean may already be escaping through vents in the sea floor at a much faster rate than previously believed.

Some scientists have associated the release, both gradual and fast, of subsurface ocean methane with climate change of the past and future.

“The sediment conditions under which this mechanism for gas migration dominates, such as when you have a very fine-grained mud, are pervasive in much of the ocean as well as in some permafrost regions,” said study co-author Ruben Juanes.

Juanes, MIT assistant professor in energy studies in civil and environmental engineering added that “this indicates that we may be greatly underestimating the methane fluxes presently occurring in the ocean and from underground into earth’s atmosphere”.

“This could have implications for our understanding of the earth’s carbon cycle and global warming.” Juanes explained that some of the naturally occurring underground methane exists not as gas but as methane hydrate,” said an MIT release.

In the hydrate phase, a methane gas molecule is locked inside a crystalline cage of frozen water molecules. Methane hydrates will remain stable as long as the external pressure remains high and the temperature low.

These findings appeared in the online version of the Journal of Geophysical Research.