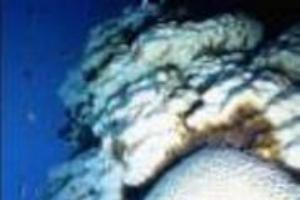 University of Chicago scientists have documented that the ocean is growing more acidic faster than previously thought. In addition, they have found that the increasing acidity correlates with increasing levels of atmospheric carbon dioxide, according to a paper published online by the Proceedings of the National Academy of Sciences on Nov. 24.

“Of the variables the study examined that are linked to changes in ocean acidity, only atmospheric carbon dioxide exhibited a corresponding steady change,” said J. Timothy Wootton, the lead author of the study and Professor of Ecology and Evolution at the University of Chicago.
The increasingly acidic water harms certain sea animals and could reduce the ocean’s ability to absorb carbon dioxide, the authors said.

Scientists have long predicted that higher levels of atmospheric carbon dioxide would make the ocean more acidic. Nevertheless, empirical evidence of growing acidity has been limited.
The new study is based on 24,519 measurements of ocean pH spanning eight years, which represents the first detailed dataset on variations of coastal pH at a temperate latitude-where the world’s most productive fisheries live.
“The acidity increased more than 10 times faster than had been predicted by climate change models and other studies,” Wootton said. “This increase will have a severe impact on marine food webs and suggests that ocean acidification may be a more urgent issue than previously thought, at least in some areas of the ocean.”
The ocean plays a significant role in global carbon cycles. When atmospheric carbon dioxide dissolves in water it forms carbonic acid, increasing the acidity of the ocean. During the day, carbon dioxide levels in the ocean fall because photosynthesis takes it out of the water, but at night, levels increase again. The study documented this daily pattern, as well as a steady increase in acidity over time.

“Many sea creatures have shells or skeletons made of calcium carbonate, which the acid can dissolve,” said Catherine Pfister, Associate Professor of Ecology and Evolution at the University of Chicago and a co-author of the study. “Therefore, the increased acidity of the ocean could interfere with many critical ocean processes such as coral reef building or shellfish harvesting.”

Conducted at Tatoosh Island in the Pacific Ocean off the coast of Washington, the study documented that the number of mussels and stalked barnacles fell as acidity increased. At the same time, populations of smaller, shelled species and noncalcareous algae increased.

“Models revealed strong links between the dynamics of species living on the shore and variation in ocean pH,” Wootton said. “The models project substantial shifts in the species dominating the habitat as a consequence of both the direct effects of reduced calcification and indirect effects arising from the web of species interactions.”
The study, “Dynamical Patterns and Ecological Impacts of Declining Ocean pH in a High-Resolution Multi-Year Dataset,” will be published in the Dec. 2 issue of PNAS. The third co-author, James Forester, was at the University of Chicago’s Department of Ecology and Evolution but is currently at Harvard University.

“To date there is a lack of information about how the ocean carbon cycle has changed in recent years,” Pfister said. “Atmospheric carbon dioxide concentrations will continue to increase, and our work points to the urgent need to better understand the ocean pH changes that this is likely to drive as well as how these changes will affect marine life.”