Oceans Hit Their Limits To Cope With Rising Temperatures 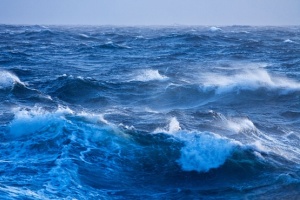 Severe weather conditions like hurricanes in oceans is a signal that they have hit their limits to deal with the heft of climate change, states a report published by the International Union for Conservation of Nature.

The Director General of IUCN, Inger Andersen, said that they all are aware of the fact that oceans nurture our planet, still human activities continue to affect them. Oceans have been saving the planet against the harmful effects of global warming since 1970 by capturing 93% of carbon dioxide in the environment. The rise in temperature would have been much higher had there be no oceans, mentioned Andreson.

Dan Laffoley, principal advisor for IUCN’s programme, has affirmed that 80 scientists from around the globe have contributed to the exhaustive study on rising temperatures of ocean water.

It has been found that fish have been leaving natural habitats and travelling farther in the oceans, which could disturb the global fisheries. The warming waters have already killed the coral reefs and fish in the Indian Ocean, the same can happen here as well, said the experts.

Caribbean lost almost half of its coral reefs due to bleaching in the year 2005. The satellite data confirmed it to be the greatest event of global warming in 20 years. Again in 2010, Florida Keys warm waters resulted in coral reefs death.

Warming of oceans result into coral bleaching, an act in which corals expels algae turning them completely white. Although bleaching does not mean the coral is dead, but it does make it prone to mortality. The latest study has predicted the bleaching of entire world’s reefs by 2050.

Another impact of rising temperatures could be the spread of neurological diseases among people living in proximity of oceans. The severe climatic conditions like typhoons are also predicted, affirmed Andreson.