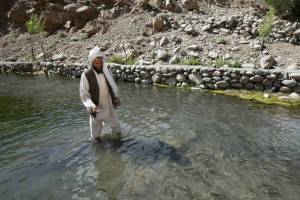 Three of Pakistan’s major rivers are seriously contaminated with potentially toxic elements (PTE) from raw sewage and untreated industrial effluents, posing a risk to communities as well as to flora and fauna, says a new study.

The joint Pakistan-China study, published this month in Chemosphere, is based on spectroscopy (an approach used by Chemists to detect very small amounts of an element) of water, sediment and fish samples collected from sites along the Chenab, Indus and Kabul rivers and analysed at the Institute of Tibetan Plateau Research (ITPR), Beijing.

Nawab tells SciDev.Net that the concentration of PTEs was found highest in sediment samples from the Chenab, a 1,240-kilometre-long river that originates in India’s Himachal Pradesh state and has industrial and residential settlements located close to its banks.

“Toxic fish captured from the contaminated waters of the three rivers enters the country’s food chain as it is consumed by the people, particularly fisher communities,” says Wang Xiaoping, associate professor at the ITPR.

She tells SciDev.Net that the ecological risk and hazard assessment provides key information on PTE contamination in Pakistan’s major rivers. It also generates data on the spread of contaminants to inland and marine ecosystems and to the biodiversity of the Arabian Sea, into which the metal and other pollutants are finally disgorged.

The researchers found atmospheric deposits, industrial effluents, and municipal and agricultural runoff as key sources of toxicity in the rivers.