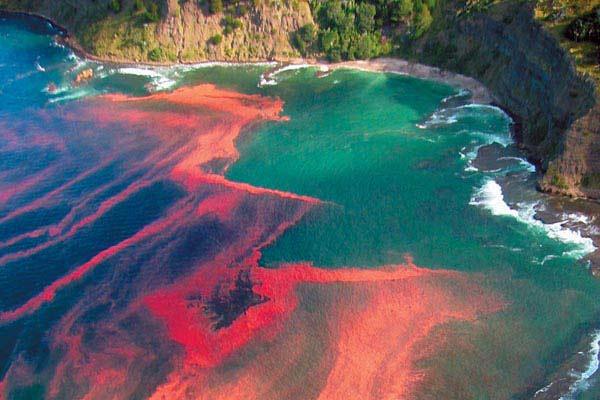 FUJAIRAH – Red tide has been lashing Fujairah and Kalba shores in the eastern coastline since Sunday, spreading foul smell though no dead fishes have been spotted.

Fishermen and people fear of the phenomenon, which was also reported in Dibba Al Hosn. As a result, more than 200 tonnes of dead fish were found floating along the coast in the past weeks.

Red tide has reached Kalba shores but it is light; people need not worry as it is natural and appears every year. It will soon vanish, Juma Al Hora, Director of the Kalba Municipality, said on Monday.
Fishing has not stopped and no fishermen has reported to the authorities about finding any dead fish, he said, and added the phenomenon is natural, and often continues for ten days to two weeks. Thereafter, the water returns to the normal colour.

Abdullah Al Dali, Chairman of the Fishermen Association in Fujairah, also confirmed red tide reaching Fujairah beaches. “It is mild and has not spread to the high seas.
It happens every year. It spreads stench and the water turns red,” he noted.
The situation is safe and there is nothing to worry, as fishermen are venturing out to sea as normal, he said.