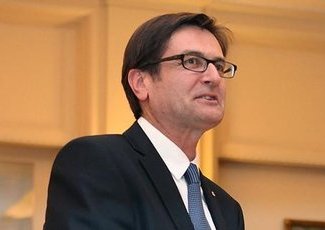 The first report of the federal Government’s new Climate Change Commission also gives a warning of vast social and psychological problems as people try to cope with more frequent disasters of the scale of Victoria’s Black Saturday bushfires and the Queensland floods.

Australia will also face costs running into the tens of billions to protect and relocate crucial infrastructure, and will need to deal with effects from climate change on human health, agriculture, tourism, biodiversity and natural ecosystems.

The report says the impact is already emerging through effects ranging from genetics to changes in migratory patterns and rising acidity that is attacking the Great Barrier Reef.

Scientists have yet to determine how global warming will affect such crucial climate mechanisms as the Southern Oscillation that produces the el Nino and la Nina patterns, frequently linked to natural disasters.

But the report says there is evidence pointing to links between global warming and changes in two other important climate patterns, the southern annular mode and the Indian Ocean dipole.

The report says there is no longer any doubt that the earth is warming fast and that greenhouse gases linked to human activities are the primary villain.

“The evidence is overwhelming and clear,” said the report’s author, Australian National University climate scientist Professor Will Steffen. “The report shows that it is now beyond reasonable doubt that human emissions are driving climate change.

“We can already see the impacts in Australia of a changing climate – increases in record hot days, more frequent extreme bushfire weather and increased flooding along our coasts.

“This is the critical decade. Decisions that we make in the next few years will determine the severity of climate change impacts our children and grandchildren suffer.”

The commission, set up by Climate Change Minister Greg Combet in February, attacks sceptics and attempts to “intimidate” scientists, and warns that present proposals to reduce greenhouse emissions are inadequate.

It says the Opposition’s policy of trapping greenhouse gasses in tree plantations, biofuel crops and in the ground would have benefits, but would not remove CO2 from the ecosystem – which could release it in the future, with even worse effects.

The report urges the Government to set a price on carbon high enough to drive investment into renewable energy, but said Australia needed to act soon to “decarbonise” its economy by 2050. The report has been welcomed by a Government struggling to introduce carbon pricing as an interim step towards an eventual emissions trading scheme.

“The science is in,” Prime Minister Julia Gillard said.

“Climate change is real. Man-made carbon pollution is making a difference to our planet and our climate.”

But the Opposition, while accepting human influence on global warming, continues to reject carbon pricing, and business and industry groups say Australia must wait to see what action the rest of the world takes before launching policies that could harm the economy.

The report says the earth has been warming at an average annual rate of 0.17C for the past 30 years, sea surface temperatures continue to rise, oceans are more acidic, and polar ice and land-based glaciers are in retreat.

Sea levels have been rising at a faster pace over the past two decades, threatening Sydney, Melbourne and the bulk of Australia’s population.