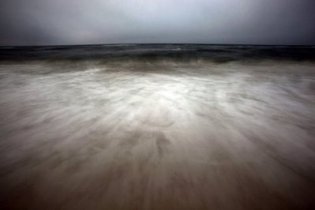 WASHINGTON (AFP) – Scientists on Thursday cast doubt on a study that claimed bacteria ate nearly all the methane that leaked after the BP oil spill in the Gulf of Mexico, saying its methods were flawed.

Describing the findings as “ambiguous” and “unconvincing,” marine scientist and lead author Samantha Joye and colleagues from 12 other institutions wrote in the journal Science that the study’s methods demanded a second look.

“We find the complete methane oxidation hypothesis unconvincing,” said the article in the peer-reviewed journal.

The initial study was also published in the journal Science back in January.

It argued that “nearly all” of the methane — which made up 20 percent of the huge plume of crude oil that escaped from a broken underwater pipeline after the BP-operated Deepwater Horizon platform exploded on April 20, 2010 — was ingested by bacteria in four months.

The leak, the worst oil spill in US history, was finally plugged on July 15, 2010 after spewing millions of gallons of crude into the Gulf.

University of California Santa Barbara geochemistry professor David Valentine, one of the earlier study authors, said the rapid “digestion” of the methane by bacteria showed the vital role microorganisms play in preventing greenhouse gases at the bottom of the ocean from entering the Earth’s atmosphere and contributing to global warming.

But Joye and her colleagues said in their technical comment piece published Thursday that that may not have been the case.

“A range of data exists that shows a significant release of methane seeping out at the seafloor to the atmosphere, indicating that the microbial biofilter is not as effective,” said Joye, a professor at the University of Georgia.

Among the flaws cited were an uncertain amount of how much hydrocarbon actually leaked, shortcomings of the scientific model used to make the projections, and a potential misinterpretation of the data.

For instance, “samples from the control stations and the low-oxygen stations that were analyzed for unique genetic markers in the January 2011 study showed no significant difference in the abundance of methane consuming bacteria,” it said.

The model used in the study also “neglected important factors that affect the transport and biodegradation of methane… (and) only provided a tentative match of the observational data.”

“Our goal is to understand what happened to the methane released,” said Joye.

“And in the larger framework, to better understand the factors that regulate microbial methane consumption following large-scale gas releases,” she said.

“I believe there is still a lot to learn about the environmental factors that regulate methane consumption in the Gulf’s waters and elsewhere.”

The original Redsky findings are published below:

Did Bacteria Eat All Of The Gulf Methane?

This article was based on a scientific report produced by various authors one of the main being Professor David Valentine of The University of California.

Methane eating bacteria or Methanotrophs have long been known about and scientists have pondered the possibility of deploying them in such away to prevent a Methane driven runaway greenhouse effect as described on this web site.

Methanotrophs generally require a good source of oxygenated water before they can oxidize the Methane. The Gulf of Mexico doesn’t provide this environment as it is the second largest ocean dead zone on the planet for six months of the year. Being a dead zone simply means this area of ocean is starved of oxygen and becomes hypoxic.
The hypoxia starts at late spring, is at its’ highest in mid-summer, but oxygen levels return to normal in September. The Dead Zone is probably caused by fertilizers running into the Mississippi and St. Louis rivers which then run into the Gulf. These encourage algae blooms in the Gulf which cause the oxygen levels to become depleted.

The Deepwater Horizon sits in The Gulf of Mexico Dead Zone.

In Professor Valentine’s paper, they took readings of oxygen levels in an area around the rig during August when the hypoxia is at it’s highest and then made the assumption that these depleted levels didn’t extend further than the immediate area.

Quote from the paper: “We assume that no oxygen is depleted outside the selected area and depletions along boundaries are set to zero prior to contouring (Tables 1 and S1).”

They then made the assumption that the oxygen depletion was caused by the Methanotrophs oxidizing the Methane.

In doing this they used the terminology “We suggest that” as they were unable to make a statement of fact.

David Valentine is quoted as telling the Associated Press “The methane was completely consumed by early September… it happened very quickly and it was a surprise to us,”

David Valentine is right to be surprised.

In an extensive study of Methanotrophs by Hanson and Hanson MICROBIOLOGICAL REVIEWS, June 1996, p. 439–471 on page 452 it states the following:
In the open ocean, methane concentrations and rates of methane oxidation are low. In the Sargasso Sea, methane concentrations decreased only slightly in the top 500 m and microbial oxidation of methane was very slow compared with that in more productive waters. The turnover time for methane was 5 to 100 years. Very low rates of methane oxidation have also been observed for the Bering Sea and the Caribbean Sea (403).

Hanson’s study was conducted without the economic, environmental and political pressure of a BP Oil Spill.

The oxygen depletion or hypoxia found in August by David Valentine’s team is a feature of the annual reoccurrence of the Gulf of Mexico Dead Zone.
Methane is not oxidized by Methanotrophs quickly enough to remove a significant amount of Methane in such a short space of time.
It is more likely that the Methane sea water mix simply diffused and was carried away by the Gulf Stream into the North Atlantic.
David Valentine’s team noticed the oxygen levels in the water return to normal in September which again is a feature of The Gulf of Mexico Dead Zone.

Even if Methanotrophs had been able to oxidize all the Methane in the Gulf sea water, it makes no difference in a Methane driven runaway greenhouse effect. Sea water can absorb up to 5/6ths additional gas over thousands of years but in the case of a sudden emission this figure is greatly reduced and only a fraction of the gas is actually absorbed by the sea water.

In the videos of the capped well we ran on this web site, large amounts of Methane can clearly be seen reaching the surface.