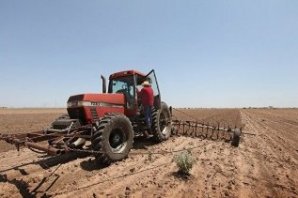 Leading scientists on Thursday called on the upcoming Rio Summit to grapple with environmental ills that they said pointed to “a humanitarian emergency on a global scale.”

In a “State of the Planet” declaration issued after a four-day conference, the scientists said Earth was now facing unprecedented challenges, from water stress, pollution and species loss to spiralling demands for food.

They called on the June 20-22 followup to the 1992 Earth Summit to overhaul governance of the environment and sweep away a fixation with GDP as the sole barometer of wellbeing.

“The continuing function of the Earth system as it has supported the wellbeing of human civilisation in recent centuries is at risk,” said the statement issued at the “Planet Under Pressure” conference.

“These threats risk intensifying economic, ecological and social crises, creating the potential for a humanitarian emergency on a global scale.”

The conference gathered nearly 3,000 environment scientists, economists, business executives and policymakers in the runup to the UN Conference on Sustainable Development in Rio.

In a recorded message, UN Secretary General Ban Ki-moon said he welcomed the declaration, saying “its timing… could not be better.”

“Climate change, the financial crisis and food, water and energy security threaten human wellbeing and civilisation as we know it,” he said.

Ban added that he was considering appointing a scientific board or a chief scientific advisor to advise him and other UN organs.

The conference declaration said humanity’s impact on Earth was now so great that a new era — “the Anthropocene,” a term derived from the Greek word for human — had emerged.

Globalisation has shown that economies and societies are now “highly interconnected and interdependent,” it said.

These changes have brought stability and innovation but created a system vulnerable to sudden stress, as the global financial meltdown and surge in food prices had shown.

Tackling the problems of global environment change will mean major reforms, it said.

One is the question of governance.

“Existing international arrrangements are not dealing quickly enough with current global challenges such as climate change and biodiversity loss,” said the statement.

It called for a “polycentric approach” for planetary stewardship, meaning a diverse partnership between local, national and regional governments that also includes business and grassroots groups.

But another need was to scrap obsessions with gross domestic product (GDP) as the only benchmark of progress. Governments should also include environment, health and social factors.

“A crucial transformation is to move away from income as the key constituent of wellbeing and to develop new indicators that measure actual improvements in wellbeing at all scales,” the declaration said.