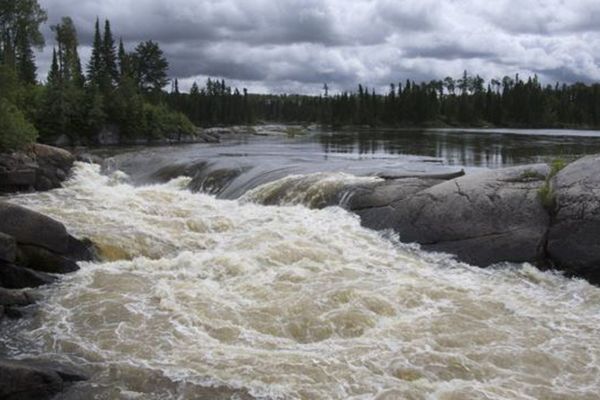 WASHINGTON – Mercury contamination in rivers can spread to nearby birds, even ones that don’t eat fish or other food from the water. Researchers from the College of William and Mary in Williamsburg, Va., found high levels of mercury in the blood of land-feeding songbirds living near the South River, a tributary of the Shenandoah, they report in Friday’s edition of the journal Science.

The South River was contaminated with industrial mercury sulfate from 1930 to 1950 and it remains under a fish consumption advisory.

But the researchers led by Dan Cristol, an associate professor of biology, studied birds that only eat insects that live on land.

Spiders made up the largest part of the birds’ diet, along with moths and grasshoppers, the researchers said.
It turned out the spiders were the source of the mercury.
“The birds eat a lot of spiders. Spiders are like little tiny wolves, basically, and they’ll bioaccumulate lots of contaminants in the environment. The spiders have a lot of mercury in them and are delivering the mercury to these songbirds,” Cristol said in a statement.
The next question to be answered: How are the spiders getting the mercury?
The researchers speculated it could be from eating aquatic insects, or the chemical could have been deposited on land during flooding.

The research was funded by E. I. DuPont de Nemours and Company, the College of William and Mary and the U.S. National Science Foundation.