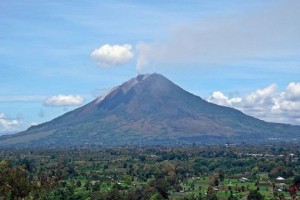 Toba Volcano, according to reports in the Indonesian media, is presently producing large emissions of steam and the ground in the area around the volcano is giving off foul odours of gas. Locals have also reported feeling the ground hot under their feet.

The latest activity is reportedly spreading panic among residents of the Toba area.

According to Dutchsinse, Toba super volcano has a larger eruptive power than the Yellowstone super volcano in Wyoming, United States.

Researchers say that Toba was responsible for two major global environment altering events in the last 2 million years, erupting on four different occasions in the “Quaternary Period: 840,000 years ago, 700,000 years ago and finally about 75,000 years ago.”