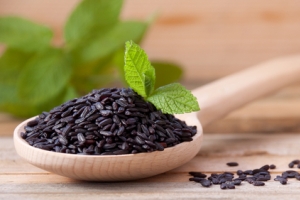 A brand of Thai rice in 1 kilogram packs has been been found to contain excessive cadmium, a metallic contaminant, food safety authorities said.

The Centre for Food Safety announced that a sample of pre-packaged black rice imported from Thailand, named Thai Organic Black Gaba Rice, imported by Health Factor Foods Company Limited with a best-before date of June 23, 2018 was tested.
The test result showed that the sample contained cadmium at a level of 0.16 parts per million (ppm), exceeding the legal limit of 0.1 ppm.

Sales of the rice have been halted.

“Based on the level of cadmium detected in the sample, adverse health effects will not be caused by usual consumption,” a spokesman said.