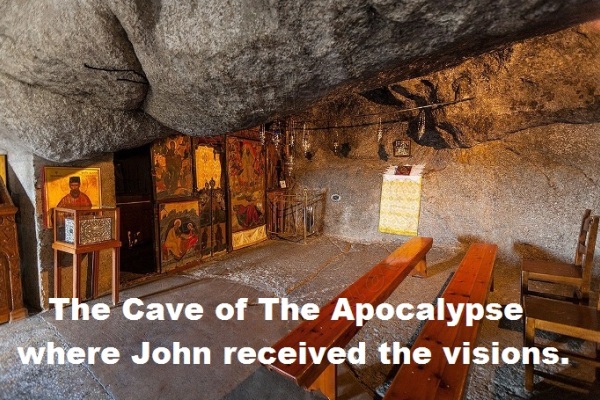 The original author of this document was John also called “John the Elder” on the island of Patmos nearly 2,000 years ago. Jesus Christ showed John in a number of visions “The End of The World” which in faith he wrote down.

In 2005, I received a calling from Jesus Christ and with it came visions and revelation which explained what John had seen on the island of Patmos 2,000 years earlier. These came over a period of several years and were first published on www.redskynews.com in April 2008 but went through a number of revisions until around 2011 – 2012 it was complete.

Jesus has given me 12 years notice of the beginning of these events.

In the book of Luke, Jesus talks about plagues and great pestilences, Coronavirus and current locust plagues in Asia are some of these. He then refers to great signs from heaven which I have revealed in this document and also talks about the opportunity to witness about Him on the street and in doing so fulfil the following scripture before His return.

“Although the Lord gives you the bread of adversity and the water of affliction, your teachers will be hidden no more; with your own eyes you will see them.

This is Jesus’ End Time Message: “Global Catastrophe –This is The Way”

In the ocean floor and the permafrost are frozen billions of tons of a greenhouse gas called Methane Hydrates which is about 21 times more effective at trapping heat than Carbon Dioxide. Methane Hydrate deposits equate to nearly 3 times more than all the planets coal and gas reserves.

Below is a world map of Methane Hydrate deposits represented by the pink areas. 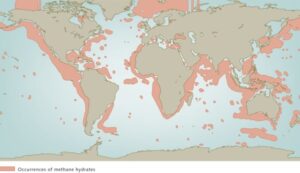 In 2006 I wrote that the Arctic regions would defrost first, releasing billions of tons of Methane into the atmosphere and this would trigger the release of further Methane deposits from the sea floor. In 2021, this is exactly what is happening and still is. Temperatures are rising and weather patterns are changing dramatically.

How did the Methane Hydrate get there?

The most likely explanation is the Methane was laid down at the time of The Great Flood. Sea levels at this time were much lower than today. After the flood much of the coast was lost to higher sea levels and the vegetation simply rotted down and Methane was formed.

So rather ironically, out of flood came the fuel for the fire.