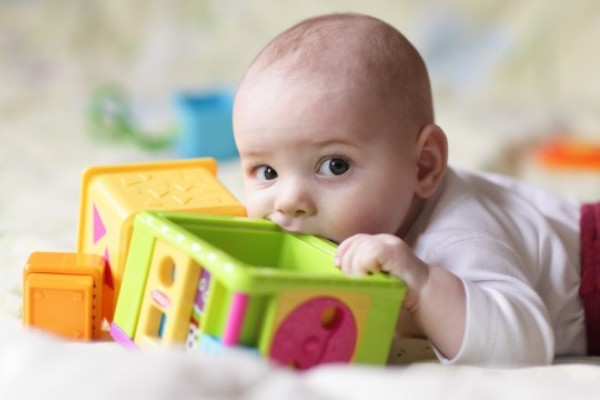 The national product quality watchdog has found heavy metal elements in some toy products, which experts say can accumulate in children’s bodies and cause chronic poisoning if they are absorbed.

A recent spot-check by the General Administration of Quality Supervision, Inspection and Quarantine showed that lead and chrome were found in toy products, China Central Television (CCTV) reported Sunday.

The administration inspected 242 types of plastic and electronic toy products made by 212 companies, and found lead and chrome in three of them, while another 13 toys were found to have touchable sharp points and tiny accessories that could choke children, said the administration’s website.

“Lead is a very dangerous element that breaks down the functions of children’s nervous, digestive and hepatoportal systems by accumulating in their bodies,” Wu Yixiu, a toxics campaigner from Greenpeace, told the Global Times on Monday.
“Children poisoned with lead have slow intelligence development,” said Wu.

“Their vision, physical reactions and reproductive systems will also be affected by lead poisoning.”
One of 80 types of children’s shoes tested by the administration were also found to contain formaldehyde, which could increase the chances of respiratory illnesses, said Wu.

The administration’s tests also found that 20 percent of 110 toy cars on the market fail to meet standards by having sharp edges and unqualified braking devices.

One of the cars broke down in an endurance test, as its steel tubes on the bottom failed to stay fixed during continuous high-speed operation, the CCTV report said.

Wu suggests parents carefully choose children’s gifts for the coming International Children’s Day tomorrow to avoid unsafe products.
“Brightly colored toys are likely to have used more oil paint, which may contain more lead than dark-colored toys,” said Wu.
“If you touch a toy and it has an oily feeling, usually that means phthalates have been dissolved on the surface.”

Phthalates are plastic softeners usually added to vinyl plastic materials and are linked to hormone malfunctions and toxicity to the reproductive system, according to a report released by Greenpeace earlier this month.

The Greenpeace Beijing headquarters urged the government to tighten qualification regulations on children’s products to ensure consumers’ safety, including more frequent tests of heavy metals and phthalates on toy products.