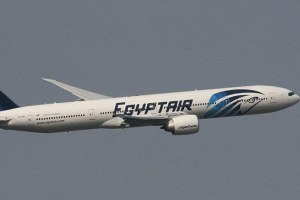 Twelve people were hospitalised on an EgyptAir flight from New York due to ‘severe air turbulence’.

The aircraft was carrying 268 passengers when, a few hours into the journey, the plane was violently rocked from side to side.

Ten passengers were injured as a result, as well as two members of cabin crew.

The pilot took the decision to continue on to the final destination of Cairo, where the plane landed safely.

The company confirmed the 12 people were taken to hospital once the plane had landed, and that they received ‘superficial injuries’.

Egyptian Streets reports that the Minister of Civil Aviation, Hossam Kamal, ‘personally traveled to the airport to ensure injured passengers received due treatment.’

The news-site described the incident as ‘severe air turbulence.’