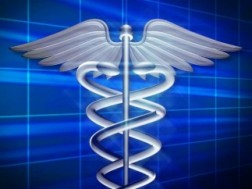 KINSHASA, Congo (AP) – A UNICEF official says a cholera outbreak in Congo has killed at 279 people and infected more than 4,000 others in the last four months.

Dr. Ibrahim Cisse said Wednesday that northeastern Orientale province is worst affected, with more than 1,400 cases and 102 deaths. The Congolese government has declared an outbreak in four provinces in the large Central African nation.

Cisse says the capital of Kinshasa has seen 124 cases and 14 deaths since mid-June.

Cholera is an easily preventable waterborne bacterial infection that is spread through contaminated water. It causes severe diarrhea and vomiting that can lead to dehydration and death within hours.