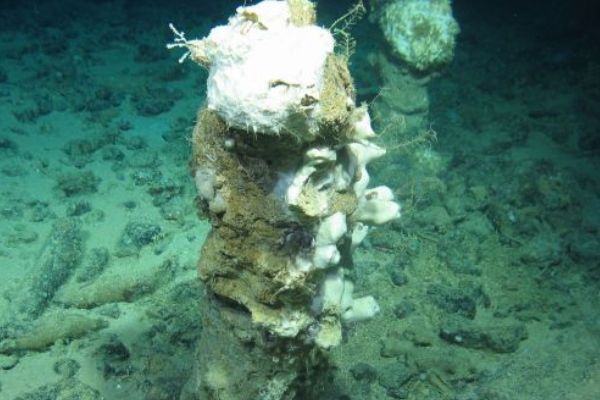 Researchers say evidence suggests that the frozen seabed is perforated and is starting to leak methane, but other scientists urge caution.

Scientists claim to have discovered evidence for large releases of methane into the atmosphere from frozen seabed stores off the northern coast of Siberia.

A large injection of the gas – which is 21 times more potent as an atmospheric heat trap than carbon dioxide – has long been cited by climate scientists as the potential trigger for runaway global warming.
The warming caused by the gas could destabilise permafrost further, they fear, leading to yet more methane release.

But climate experts have expressed caution at the claims, which have yet to be published in a peer reviewed scientific journal. Methane release from stores of so-called gas hydrates, that can form on land or under the sea, is not new to researchers. Huge quantities are known to exist in the Arctic, but special circumstances would need to exist for significant releases to occur.

“Methane release has been known for a number of years now,” said geologist Dr Lorenz Schwark at the University of Cologne, Germany. “There are various areas around the world that have been studied in detail.”

He said the process of methane release from hydrates had been filmed by robotic vehicles off the coast of Vancouver Island in Canada, for example.

“The problem is that in the Russian or in the Siberian Arctic on land and in the sea there is very little coverage by hard data and there are hardly any measurements. And therefore there is a lot of speculation going on.”

In most cases, methane released from the sea bed is consumed by micro-organisms as it bubbles up to the surface. But if it is released quickly enough it could make it into the atmosphere.

“The most likely process where this happens – and there is geological evidence that it has happened in the past – is when the methane gas hydrate layer in the sediment destabilises on a slope. And then we have a slope failure, a landslide underwater,” Dr Schwark said.

“As long as the scientists in the Siberian Arctic are not able to report very strong increases in submarine landslides and slope failures, I wouldn’t expect that the release into the atmosphere is so severe that it is really very serious at the moment,” Schwark added.

The scientists who have studied methane levels along Russia’s northern coastline are aboard the Russian research ship Jacob Smirnitskyi.

Örjan Gustafsson of Stockholm University in Sweden told the Independent newspaper in an email from the vessel: “An extensive area of intense methane release was found. At earlier sites we had found elevated levels of dissolved methane.

“Yesterday, for the first time, we documented a field where the release was so intense that the methane did not have time to dissolve into the seawater but was rising as methane bubbles to the sea surface. These ‘methane chimneys’ were documented on echo sounder and with seismic [instrument].”

At some locations he said concentrations of the gas were 100 times the background level. These anomalies were documented in the East Siberian Sea and the Laptev Sea, covering several tens of thousands of square kilometres.

Gustafsson added: “The conventional thought has been that the permafrost ‘lid’ on the sub-sea sediments on the Siberian shelf should cap and hold the massive reservoirs of shallow methane deposits in place.

“The growing evidence for release of methane in this inaccessible region may suggest that the permafrost lid is starting to get perforated and thus leaking methane.”

Estimates for the amount of carbon locked up in the hydrates vary from 500 to 5000 gigatonnes. Scientists predict that warming will release some of these deposits, but modelling the temperature rise that would trigger significant releases has proved extremely difficult.