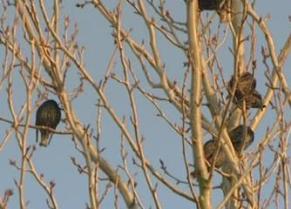 Dozens of well-known British birds from the sparrow to the cuckoo need urgent action to protect them, the RSPB has warned.

The wildlife charity has drawn up a priority list of 40 birds in need of swift conservation work in the next five to eight years, and is calling for help from Government, industry, other charities and the public to secure their future.

Birds have been hit by a range of problems in the UK, including changes to farming practices, fewer insects in towns and cities, a lack of woodland management, climate change and habitat destruction, the RSPB said.

In all, 100 species of UK birds have been identified by the RSPB as being most in need of help, and 40 have been prioritised for the “first and fastest” action in the face of the current financial climate which is putting pressure on conservation funding.

Among the species on the list are 18, includingSich the bittern, red kite and skylark, which are already proving to be conservation successes – but continued help is needed to maintain their recovery, a report by the RSPB said. A further ten, including the kestrel, cuckoo and swift, need more research into their declines.

And possible solutions to help reverse falling numbers in a further 12 species, including house sparrows, lapwing and turtle doves, need to be tested, the Safeguarding Species report said.