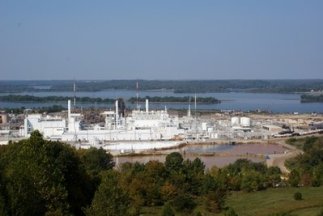 WASHINGTON – Some of the country’s largest emitters of heat-trapping gases, including businesses that publicly support efforts to curb global warming, don’t want the public knowing exactly how much they pollute.

Oil producers and refiners, along with manufacturers of steel, aluminum and even home appliances, are fighting a proposal by the Environmental Protection Agency that would make the amount of greenhouse gas emissions that companies release — and the underlying data businesses use to calculate the amounts — available online.

While gross estimates exist for such emissions from transportation and electricity production and manufacturing as a whole, the EPA is requiring companies for the first time to submit information for each individual facility.

The companies say that disclosing details beyond a facility’s total emissions to the public would reveal company secrets by letting competitors know what happens inside their factories. More importantly, they argue, when it comes to understanding global warming, the public doesn’t need to know anything more than what goes into the air.

“There is no need for the public to have information beyond what is entering the atmosphere,” Steven H. Bernhardt, global director for regulatory affairs for Honeywell International Inc., said in comments filed with the agency earlier this year. The Morristown, N.J.-based company is a leading manufacturer of hydrofluorocarbons, a potent greenhouse gas used in a variety of consumer products. Honeywell wants the EPA to reconsider its proposal, which the company said would damage its business.

Other companies are pressing the agency to require a third party to verify the data, so they don’t have to submit it at all, or to allow them to argue on a case-by-case basis to keep some of it confidential, a suggestion the EPA warned would delay public release.

The EPA says it’s necessary to make the data public in order for the companies’ calculations to be checked.

“It is important for outside groups and the public to have access to this information so they can essentially see and check EPA’s and the company’s math — giving the public greater confidence in the quality of data,” the agency said in a statement.

As the EPA prepares to regulate greenhouse gases, the data companies are being required to submit will help determine what limits eventually are put in place and whether they are working.

The EPA required companies responsible for large amounts of heat-trapping pollution to begin this year collecting 1,500 pieces of information. The data, which is due to be reported by March, will be used in the first-ever inventory of greenhouse gases, a massive database that will reveal most sources of greenhouse gases in the United States.

Suppliers of fossil fuels, which when burned release greenhouse gases, plus manufacturers of engines and vehicles, and facilities that release 25,000 tons or more of any of six heat-trapping gases, all must comply with the regulation, the first by the government on pollution blamed for global warming.

Most companies don’t have a problem telling the government or the public how much they pollute; they already do it for other types of pollution, such as toxic chemicals and sulfur dioxide, the gas that forms acid rain.

What they oppose — almost unanimously — is the public disclosure of the underlying data necessary to calculate the annual amount of greenhouse gases.

The EPA wouldn’t need that information if companies actually measured greenhouse gas pollution at its source. But that equipment is expensive and for many companies would cost millions of dollars.

Even the Federal Trade Commission has weighed in, and asked the EPA to treat data used in emissions equations as confidential since it could lead to collusion among companies and raise prices for consumers.

Aluminum smelters want 11 of the 15 data fields the EPA intends to make public kept confidential, according to comments filed by the Aluminum Association.

Koch Nitrogen Co. LLC, a fertilizer producer, questions the EPA’s desire to make unit-specific or facility-specific emissions available, calling it “misguided” since a change in pollution from a single factory is unlikely to influence policy on a global problem.

For DuPont, a founder of the U.S. Climate Action Partnership — a group of businesses that support controls on global warming pollution — the proposal has caused heartburn, according to Michael Parr, senior manager of government affairs. Many of the company’s plants, including a titanium dioxide factory in New Johnsonville, Tenn., release greenhouse gases when generating power.

“We actually lobbied for this reporting bill because we think it is a very good idea,” Parr said in an interview. “What we are trying to get across is that if you take that information about how the plant runs and you make that available to the public it does not make the public any better informed about what is coming out of my plant. It exposes the fruits of all my innovation.”

If there is one polluting sector that is supportive of EPA’s plans for full disclosure, it’s electricity producers, which make public much of the data already.

Companies that sell information to investors and businesses want even more disclosure. They argue it is necessary to know how efficient a facility is, which is the amount of greenhouse gases released per unit of production. Bloomberg LP, which has provided greenhouse gas data to the financial community since 2005, is asking the EPA to make public production volume data even if it is not used to calculate emissions.

In the company’s comments it says, “Greenhouse gas emissions are not meaningful in isolation.”