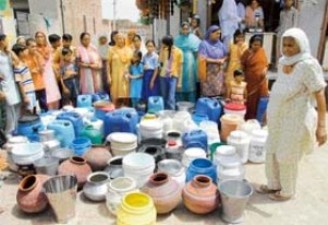 Ground water in Punjab, India, has been contaminated to such an extent that it is now causing DNA to mutate in people who drink it, warns a research commissioned by the Punjab Water Pollution Control Board.
The study was conducted over a period of two years by a team of senior doctors from the post-graduate Institute of Medical Education in Chandigarh.

It found that poisonous pesticides and heavy metals have entered the food chain, and this is now making congenital deformities, cancer and kidney damage exceedingly common.

According to the study, 80 percent of ground water samples that were collected in the state had mercury that was far beyond the permissible level.

Pesticides, in a high degree, were also found to have contaminated water in drains in parts of cities such as Ludhiana, Amritsar, Jalandhar and Nawanshahr.

When researchers analysed blood samples of people living in the area, they found that DNA had mutated in 65 per of the cases.

Yogesh Goel, the chairman of the Water Pollution Control Board, said that recommendations to improve the grim situation now had to be “debated and discussed”.

“Industry is not just to blame, the overuse of pesticides was another reason. We have to ascertain reasons for it,” the BBC quoted him, as saying.

Mr Goel added that some of the recommendations of the study included constant monitoring of water supply and sewerage, involvement of village councils in the treatment and disposal of solid waste, and the need for industries to adopt new technology in extracting ground water.