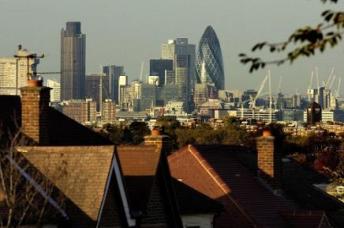 A killer earthquake could hit London at any time, claiming untold numbers of lives and causing billions of pounds worth of damage, an expert has warned.

Such a quake is long overdue after the last one occurred on April 6 1580, said seismologist Dr Roger Musson.

Centered on the Dover Straits, the magnitude 5.5 tremor shook the south-east of England, damaging property and killing two people in London.

Today, a similar “moderate” event would be far more destructive, with towns and cities connected by complex infrastructure and a London population 50 times what it was in the 16th century.

The reason we should be aware of the danger is that earthquakes have a habit of repeating themselves, said Dr Musson, from the British Geological Survey.

Speaking at the British Science Festival at Aston University, Birmingham, he said: “Even the quake in 1580 was a repeat of a previous one that occurred in 1382, with almost the same epicentre, size and results.

“What we can be sure of is that, in the years since 1580, the exposure of society to earthquakes has increased enormously. The same earthquake happening tomorrow will impact on far more people than was the case in the 16th century.

“In terms of saying when is the next one going to be, all we can do is say that something that has happened twice can and probably will happen three times. But as to whether it happens tomorrow or in two years time or in 20 or 50 years time, that is something we would love to know but we don’t.”

An idea of the kind of financial impact of such an event could be seen from a tremor that struck the city of Newcastle in New South Wales, Australia, in 1999.

“The damage caused by that earthquake, which was smaller than the 1580 earthquake, amounted to about £4 billion at today’s prices,” said Dr Musson.

We can’t be sure if London will be hit by an earthquake or not.

What we do know is that London will flood. We saw this in a vision several years ago and know it will take place any time between now and 2025.

The area we saw flooded was the underground section of the Docklands Light Railway however, it could well apply to all the central area of the London Underground and most probably the whole of central London itself which in turn will cause a mass exodus into the Home Counties.