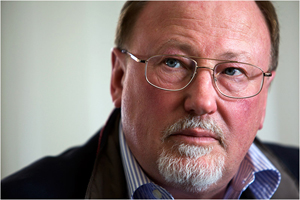 At an international agricultural biotechnology conference in Canada, an Australian scientist and journalist gave a dire keynote address Monday, warning global governments to pay greater attention to the possibility of coming global famine.

“This is a big issue — it is the biggest issue, it is bigger than the global financial crisis, and it is more urgent than climate change because it’s going to happen quicker,” Julian Cribb told his audience at the Agricultural Biotechnology International Conference, according to The StarPhoenix.

“Worst-case scenario is that you will see famines start breaking out left, right and center by the middle part of this century. Those famines — some of them will lead to wars,” he said.

Cribb — author of “The Coming Famine: The Global Food Crisis and What We Can Do to Avoid It” and a fellow at the Australian Academy of Technological Science and Engineering — warned that to support a growing population in the coming century, the world will have to more than double global food production even as supplies of water and arable land are dwindling.

Today, a new report from the United Nations Food and Agriculture Organization (FAO) said the number of malnourished people globally is down to 925 million from a record 1.02 billion last year. But despite that encouraging development, its authors also warn that a range of recent environmental catastrophes could raise grain prices and spark a new food crisis.

Some scientists and activists worry that the vicious weather patterns that have caused flooding in Eastern Europe and Pakistan, as well as wildfires and drought in Russia, were caused by climate change — and that they provide evidence of the havoc it can wreak on crop land.
Whatever the cause, global food stocks will likely suffer, which in turn could drive up prices.

A recent 30 percent spike in bread prices in Mozambique sparked riots, and organizations like the FAO are worrying that could be just the beginning. The Rome-based organization will be holding a special meeting at the end of the month to discuss the situation.