US Pledges 2 Million for Indonesia 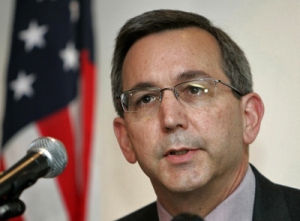 Ambassador Scot Marciel has announced that the U.S. Government Office of Foreign Disaster Assistance (OFDA) will provide USD 2 million in humanitarian assistance in response to the eruption of Mount Merapi and tsunami in the Mentawai Islands.

The Ambassador made this announcement at the October 29 speech to students at the University of Indonesia. The aid will be used to assist more than 40,000 internally displaced persons (IDPs) near Mount Merapi and the Mentawai Islands tsunami victims.

The United States will work closely with the Indonesian Government, the National Agency for Disaster Management (BNPB), and local NGOs to deliver the assistance. The funds will be used for the immediate purchase, distribution and replenishment of relief items such as blankets, nonfood items, masks, clean water, and sanitation and hygiene kits. The assistance also will be used to help displaced persons return to their homes and resume their normal livelihoods.

On October 25, a 7.7-magnitude earthquake off the coast of West Sumatra triggered a tsunami that destroyed villages and displaced thousands of people in the Mentawai Islands. The death toll has risen to more than 400 with 300 people still missing.

A day later, the Mount Merapi volcano located in Central Java erupted, killing more than 32 people, and displacing more than 40,000 people from their homes. USAID staff continues to work with local officials and humanitarian agencies in both areas to monitor the situations and provide coordinated assistance.

The international community is notorious for making grand pledges but then failing to actually follow through with the money.

Disasters, providing they don’t happen in your country, are great for boosting international public relations and enhancing your country’s image.

They provide a great opportunity to steal the limelight by jumping on the “world pledge stage” and out promising your neighbours.

I suspect it won’t be too long before Bill Clinton turns up like he did at Haiti promising to administrate the aid fund.

Then the “disaster celebrities” will arrive looking to rekindle their careers and boost their public images.

The good news for these people is that it’s all free!
Let’s face it, tomorrow, today’s disaster will be yesterday’s news and your unfulfilled pledges will soon be forgotten, or will they?